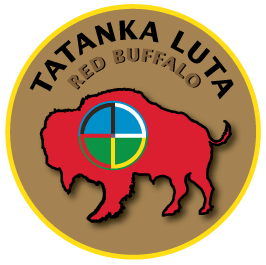 The journey to the formation of Tatanka Luta began more than 20 years ago for our founders Joyce Wheeler and Joseph Brings Plenty.  These two have worked within and around the Foster Care System of South Dakota in one capacity or another for their entire adult careers. They have seen first hand the unfair treatment of Indian Children and Families & the continued destruction of their Lacol Wichon “ Lakota Way of Life “.

They can tell you countless stories of Indian Children being taken from Indian Homes and put in State Run foster care facilities where they are all given “Medication” due to the fact the State of South Dakota classifies ALL Indian Children as “Special Needs” Children.   A fact that allows the state to collect up to 3x the amount from the Federal Government compared with a non-special needs child.  Many of these children are never returned to their families but instead are kept in the system until being released upon turning 18 years old.  They have no family relationships & no safety net so they find themselves living on the streets.  They are suffering from the psychiatric effects of withdrawal from the medication they have been fed for years.  The result is many turn to a life of crime and end of dead or in the prison system where conveniently the state begins to again receive federal funds for holding them.  The cycle continues.

All of this occurs in spite of the passage of the Indian Child Welfare Act of 1978 (ICWA), which states its purpose as “…to protect the best interest of Indian Children and to promote the stability and security of Indian tribes and families by the establishment of minimum Federal standards for the removal of Indian children and placement of such children in homes which will reflect the unique values of Indian culture… “(25 U.S. C. 1902).

In response to the great need of a stable home environment for foster children, Joyce & Joseph along with his wife Joni have all taken Indian Children into their homes & raised them as their own.  In addition, Joseph has been transforming the lives of Indian Youth on the Cheyenne River Reservation by incorporating Traditional Lakota Spirituality & Values into the Wolves Den Boxing Club he founded in 2002.  All of these actions have been valuable and effective, but they are not enough to tackle the scale of the problem that exists on the reservations today.  They knew they needed to do more.

Tatanka Luta was formed in September 2014 to fulfill a vision had by both Joyce and Joseph.  A Large Oti “home” where Indian Children are living on their native land, practicing their traditional ceremonies, speaking their original language while living with the land & amongst each other by the original instructions of the Creator.

The founders of Tatanka Luta have an understanding that was passed to them by their ancestors.  The solution to the physical, social, psychological, and spiritual ills in our communities can be found in Lakhól Wičoh’an (way of life of Lakota people).  Tatanka Luta, Inc., will utilize Lakhól Wičoh’an to address the dire conditions that exist on our Reservations today and restore our peoples’ sense of identity and purpose in this life.

The other board members of Tatanka Luta have come together over the last 5 years.   Each of our lives and paths has come from different directions many of us never dreaming we would end up here.  As fate would have it though, our paths crossed & came together to follow this “Red” Road on which we now Walk Together, Side by Side, United in Purpose thru Spirituality, as the Creator dreamed we would.

Aho Mitakaye O Yasin ( All my Relations ) ( All are one )